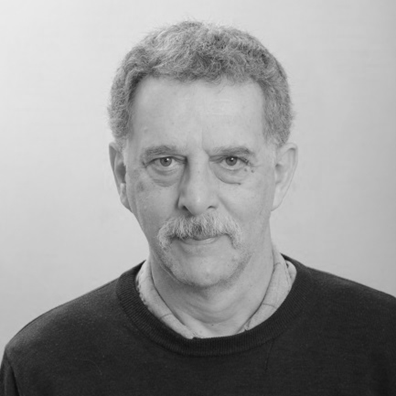 Having spent a large part of my career intermingling in numerous bioenergy circles, it has become clear that the lack of an all-encompassing bioenergy bible (so to speak) has become a hindrance to the progression of the technologies it comprises of. So when I was asked to author the Bioenergy Strategy Review, my response was an emphatic yes.

In an era where image is everything, bioenergy has tended to be stuck in the shadows. Lacking the glamour of wind and solar or the cutting edge of Carbon Capture and Storage, bioenergy fails to summon up the illustrious images of other renewable technologies. Instead, it faithfully ticks over in the background, never really taking centre stage.

But is this perception really justified? Last year the Committee on Climate Change concluded that bioenergy could provide up to 15% of the UK’s renewable energy in a low carbon economy and the International Energy Association described it as ‘the overlooked giant of renewables’.

As I undertake this review for the Renewable Energy Association (REA), it has become clear that bioenergy rarely receives the credit it is due. Rather than being the black sheep of the renewables family it is often perceived to be, it is a sleeping giant being held back from fully supporting the UK in achieving its low carbon goals.

Already, bioenergy provides 11% of UK electricity, 4% of energy used to produce heat and 2% of energy needed in the transport sector. In each sector bioenergy provides some of the lowest cost renewable solutions. These contributions provide benefits including greenhouse gas savings of 4% of UK emissions, business worth £2.5 billion to the UK economy, which sustains 46,000 jobs. In the long run, bioenergy with carbon capture and storage (BECCS) will need to play a critical role in moving to a low carbon energy economy.

To be fair to the Government and industry, these feats have not gone unnoticed or unrecognised; the bioenergy industry has flourished under a supportive policy and regulatory framework which includes the Renewables Obligation (RO) and the Renewable Heat Incentive (RHI). It enjoys a level of industry experience and expertise, supported by fuel supply chains, that are essential to underpin the expansion of the sector. The sustainability of bioenergy is well understood and there are strict and comprehensive management systems in place to ensure that bioenergy does not make substantial reductions in greenhouse gas emission at the expense of wider sustainability objectives.

However, the RO and RHI are both due to come to an end imminently, with a complete lack of clarity around what the future regulatory framework might look like. In fact, the RO and scheme has already closed in the electricity sector with the Feed-in Tariff set to follow at the end of the month, and opportunities for bioenergy are constrained under the Contracts for Difference (CFD) scheme. The Government itself was expected to produce its own review of the original 2012 Bioenergy Strategy in 2017, but this has so far failed to materialise.

“it’s no secret that the potential of bioenergy is there for the taking, and I for one, hope the Government will grab it with both hands”

This level of uncertainty makes future investment impossible. Indeed, there are currently no large-scale bioenergy projects entering the pipeline. This hiatus risks the loss of the expertise and supply chains which, ironically, the regulatory landscape has helped create during the last ten years. Recent interactions I have had when presenting the Bioenergy Strategy at Argus Biomass Conference and the joint REA-Supergen Bio Hub cross-sector workshop last month demonstrates just how eager industry are to step up and fulfil their potential; yet the current policy environment sees industry treading water with land not even in sight.

As is the case with most technologies, if the Government provides a supportive policy and regulatory enabling framework, the industry would be reignited. For bioenergy this environment would have a magnitude of beneficial ripples; as well as job increases and economic boosts, the UK’s ability to meet its renewable heat and transport targets, hugely increases. However, the policy framework would need to go hand-in-hand with an evidence-based sustainability governance framework which prevents bad practise, without being overly restrictive.

So what does all this mean? In summary, it’s no secret that the potential of bioenergy is there for the taking, and I for one, hope the Government will grab it with both hands. For me, this means continuing to work with industry, academia and civil service to best advice on the exact nature of bioenergy’s future role and how this can be realistically achieved. If my findings over the last few months are anything to go by, current perceptions of bioenergy are in for a complete revamp.
Phase 1 of the Bioenergy Strategy can be found here: https://www.bioenergy-strategy.com/publications