Green gas is invariably made from renewable sources, such as leftover food and farm waste, and unlike normal gas, green gas is virtually carbon neutral, so it’s better for the environment. There are several types of  green gases, such as biogas and biomethane from thermal gasification of biomass and pyrolysis, carbon dioxide (where used in or produced by renewable energy), bio-propane, bio-LPG and, clean (green or transitionally, blue) hydrogen. Green hydrogen comes from the hydrolysis of water by means of electricity obtained from renewable sources.

Anaerobic digestion (AD) is the main source of biogas in the UK, as a renewable energy technology, it is the harnessing of natural biological processes to use available biomass (e.g. food wastes, animal slurries and crop feedstocks) to produce renewable gas, which can then be used to produce electricity, heat or upgraded for vehicle fuel and injection to the gas grid.

Organic feedstocks are very flexible, ranging from farm manures and crops, to sewage sludge and catering wastes and food wastes (including uncooked and cooked food, including meat products). Feedstocks usually have a high moisture content, making them more suited to the AD process.

Production of Biogas from AD

Pre-treated organic feedstock (which reduces waste particle size and screens it, as well as pasteurising some wastes) is placed in sealed tanks where naturally occurring micro-organisms break down the organic materials resulting in the release of gas that is around 60% methane (CH4) and 40% carbon dioxide (CO2). The precise mixture of the gas can depend on the feedstocks put into the digester.

Biogas typically refers to the renewable gas that is produced from the natural breakdown of organic matter or organic wastes (e.g. plant material, animal wastes and food wastes) in the absence of oxygen (anaerobic digestion). Because of its ability to make use of a range of wastes it can play an important role in fighting climate change. Biogas can be produced from anaerobic digestion, landfill gas and sewage gas.

The REA has been involved in campaigning for the widespread adoption of anaerobic digestion in the UK since 2001 and formed the Biogas Member Forum in 2004, which subsequently became the Biogas sector group of the REA.

The biogas produced can then be used to generate renewable electricity and heat. Normally a biogas engine can gain an electrical conversion efficiency of up to 35% with the remainder being available as heat.

Biogas can be upgraded to biomethane by removing any residual carbon dioxide to create pure methane. This naturally produced biomethane can then be injected into the gas grid and used for heating, or used as road transport fuel.

In addition to the production of biogas or biomethane, the leftover organic material (digestate or biofertiliser) is rich in nutrients and can be used as a substitute to chemical based fertilisers and as a soil improver. The REA subsidiary Renewable Energy Assurance Limited (REAL) runs the Biofertiliser Certification Scheme which provides assurance to consumers, farmers, food producers and retailers that biofertiliser is safe and of good quality.

The energy in biogas can be used in several ways:
● Heat production
● Electricity production
● Combined heat and power
● Transport fuel
● Injection in to the main gas grid (after upgrading for gas grid) 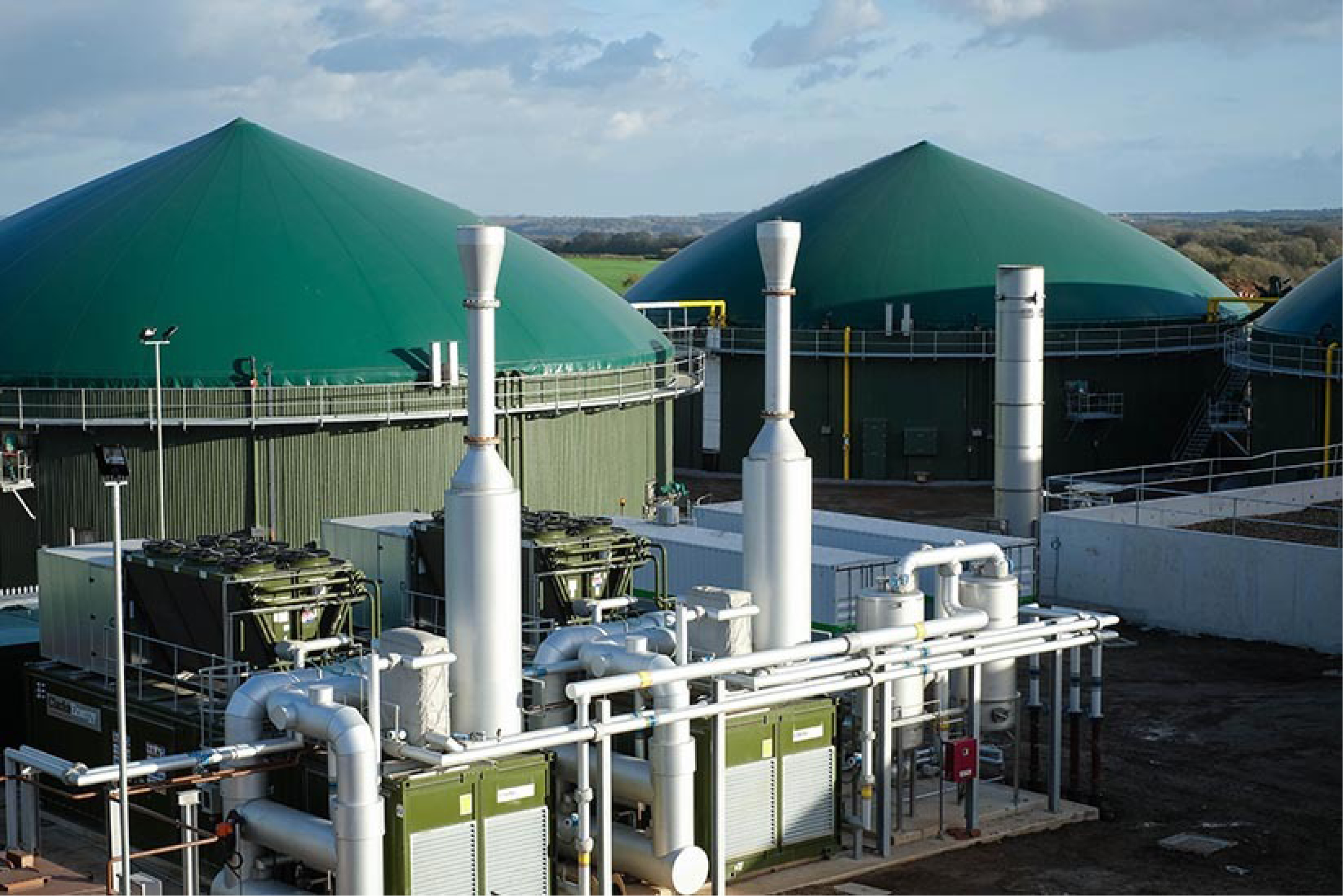