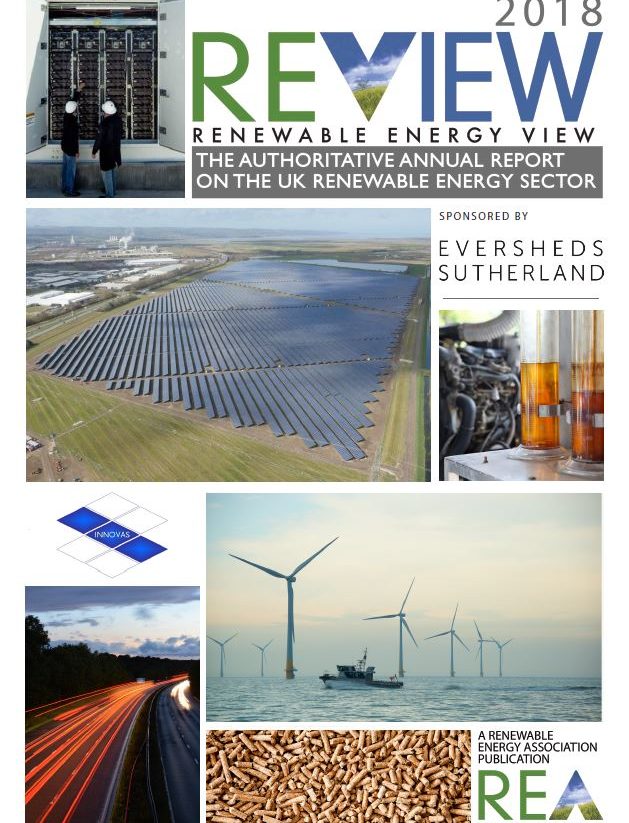 The influential Renewable Energy View 2018 (REview 2018) report has been published today reflecting a mixed picture for the clean energy sector.

A record-breaking year for renewable energy generation saw 29.4% of all UK electricity generated by clean technology providers in 2017, an increase of 4.9% on 2016.

However, concerns have been raised that the high-growth experienced during the coalition government years are coming to an end as the government seeks to further the subsidies to nuclear whilst ending support for renewables.

Analysis commissioned by the Renewable Energy Association found that the UK economy could be missing out on 16,000 new jobs and over eleven billion pounds in additional income.

“It’s been a Jekyll and Hyde year for the renewable energy industry, on the one hand we’ve seen record levels of clean energy pumped into the grid, powering nearly 30% of our business and domestic energy needs, but sadly also companies leaving the sector as the loss of government subsidies has shattered their business models.

“The next two or three years are crucial for our sector, the last year shows that wind, solar, biomass, battery storage, waste-to-energy, wave, tidal and the other new clean technologies entering the market can meet the UK’s energy needs, help us reach our climate targets, and create high-skilled British jobs in the process.

“2017 has seen the first coal-free days in the UK since the nineteenth century, prices tumble and renewables reach a record level of public support – we need to seize this moment to secure a truly fossil fuel free future, and I’m sure with the right government backing we can complete that historic shift to clean energy sooner rather than later.”