Will the UK stand firm on the environment when negotiating new trade deals?

Will the UK stand firm on the environment when negotiating new trade deals?

An early test of a ‘Green Brexit’ is coming up. Two weeks ago, the UK formally requested to join the Comprehensive and Progressive Trans-Pacific Partnership (CPTPP)[1]. That group includes Malaysia and Indonesia, major producers of palm oil. Fears are growing that the price of the UK’s membership will be a major watering down of current environmental protections. Teresa Kok, Malaysia’s minister for primary industries, explicitly has outlined in the Financial Times[2] that the UK may need to have a fresh approach to palm oil, including its use in renewable fuels, as a condition for entry to the Partnership.

Palm oil as a source of renewable energy

UK Energy companies have already taken a stand when considering mass use of palm oil as a way of weaning off liquid fossil fuels. Back in 2007 my old company RWE npower (as it was) turned away from its use at Littlebrook Power Station, not from technological reasons but for concerns of distorting the market for sustainable sources – of these extremely concerning indirect effects. It was a milestone decision that I was proud we made.

I am also proud that for many years the REA has worked closely with UK’s subsidy scheme for renewable transport fuels, the Renewable Transport Fuels Obligation (RTFO). The RTFO drives oil companies to blend biofuels into petrol and diesel, so long as they meet sustainability rules, including a minimum GHG saving. Palm oil biodiesel scores poorly in this metric. The UK has been a pioneer in nearly eliminating the use of palm oil-based transport fuels and other countries have been following our lead in doing so. It is positive that Malaysia and other countries are beginning to take palm oil sustainability more seriously but, in our view, it still does not remain a credible sustainable fuel feedstock.

A huge amount of research has gone into trying to quantify the indirect effects of renewable fuel feedstocks, with palm oil biodiesel consistently coming out as high risk. On the back of this, the EU’s Renewable Energy Directive 2 sets maximum limits on the use of biofuels made from crops and allows Member States to set a lower limit, as well as to distinguish between feedstocks based on risks of indirect effects.

Trading our way to a Green Britain

To be clear, the REA and I are in favour of free trade deals. We have recently welcomed a new team member specifically to explore international opportunities on behalf of members and work with government on promoting renewables and clean tech internationally. Indeed, some of our geothermal members in particular are active in Indonesia, one of the largest palm oil producers globally and a trade deal should assist them and others with valuable UK expertise and goods to market. However, the Government was very clear pre-Brexit that environmental protections would not be the price of these deals.

Nor is this an argument around trying to prevent foreign competition. Feedstocks used in the RTFO come from all around the world, and only 11% of the fuel used came from feedstocks arising from the UK.[3]

This could all come to a head in the next couple of months. The RTFO is set to consult shortly and include strengthening sustainability protections. The REA is strongly in favour of a tight, clear sustainability regime for renewable fuel feedstocks. Regardless of trade pressures we must ensure that sustainability provisions remain robust in this consultation.

New investment and job creation in the sector will be impossible to make if the RTFO once again becomes synonymous with destruction of the rainforests for palm oil biodiesel[4].

Aside from its impacts on the renewable transport fuel sector, there could also be implications for the existing Trade and Cooperation Agreement signed between the UK and the EU back in December. This explicitly includes a non-regression clause stopping either party reducing their environmental or climate standards. Weakening rules on palm oil use would be noticed by Brussels and seen as counterproductive to building trust in the new UK-EU operational relationship.

We will be watching that consultation closely – not just for what it says in itself, but for what it indicates about future trade deals where environmental and social protections are seen by the other side as just so much ‘red tape’ or ‘protectionism’.

The UK has a fresh opportunity to be growing its green energy champions and building on its environmental credentials. A roll back now would have implications for years to come. 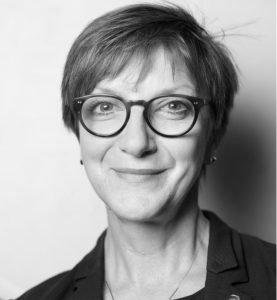 [4] Palm oil: the biofuel of the future driving an ecological disaster now | Biofuels | The Guardian